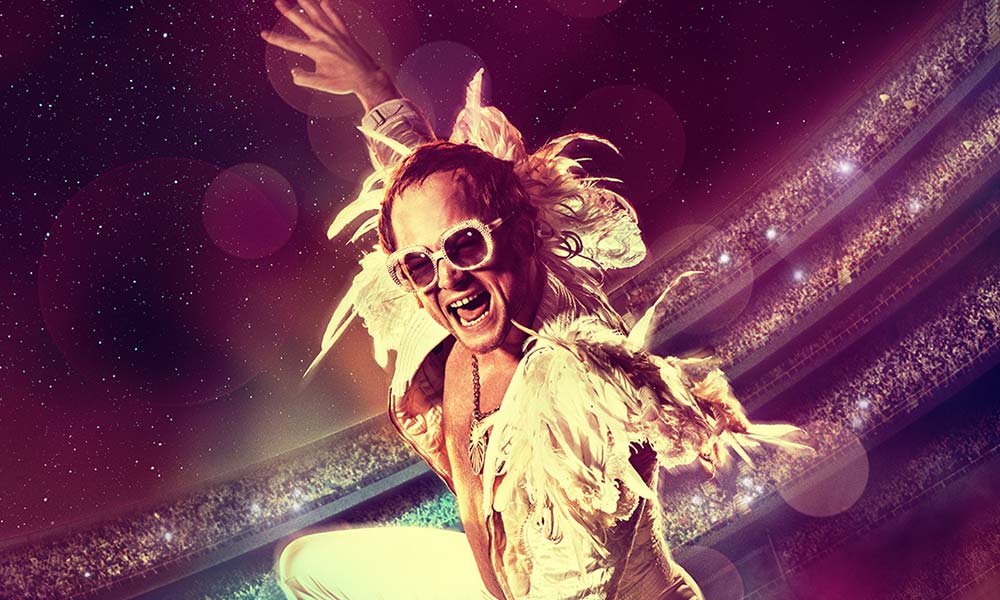 Rocketman is the biopic about British singer Elton John, and we get a look at his tumultuous life.

The film makers and cast have pointed out that this is not the average storytelling of a biopic but adding fantasy to add the glitz and glamour to fit in with the extravagances of Elton John's personality.

The result is an entertaining film and having Taron Egerton who plays Elton John walking around in a very glowing devil sequenced costume to add to the scenes of Elton John attending his Alcoholic Anonymous (AA) meetings and time in rehab for his excessive use of alcohol and drugs in the first forty years of his life.

The beginnings of a young musician struggling to make ends meet let alone trying to convince talent scouts that you're the next big thing, is nothing new and Elton John had to find his feet and learn how to swim.

It is interesting how people become successful and the fact that Elton John got signed to DJM Records, which was managed by Ray Williams which led to the pairing with songwriter Bernie Taupin.

The partnership between Elton John and Bernie Taupin (Jamie Bell) worked so well as they lived with each other once they were paired up and experienced the same ups and downs from the beginning through to the early Elton's American tours, which crafted some of the most successful and memorable songs Elton recorded and released and are intertwined in telling the story of Elton's life.

Now the partnership team had been created it was up to Elton to get out there and rock those local pubs and small music clubs to make some sort of inroads into the music business and become a star of sorts.

However, the road like most roads were not as easy as dreaming inside one's mind, but the trick is to keep going.

Being introduced to your manager John Reid (Richard Madden) who then sleeps with you, that was how things were (and in some cases are in today's world) took Elton John to international stardom and Elton John become a well-renowned rock singer in the United States, especially when he dressed up in Donald Duck costumes to entertain the crowd.

When musicians become famous, they become wealthy and those around them want to control the musicians so they can get money and often recognition for themselves.

It seems fun with the excessive use of drugs, sex and in Elton John's life the added addiction of shopping, this was no different.

But when your mother says that being gay, you'll never be loved, no wonder Elton John's life went so out of control.

Even Elton's own father wanted a signed copy of his album to give to a work college who was a fan but like in so many cases Elton just wanted to have be loved by his father.

But as time goes on people can end up seeing the wood from the trees and start to re-evaluate their life and who are their 'real' friends and associates are.

Elton John became sober and eventually found some to love him with David Furnish and they have two children.

Apart from Elton John being one of Britain's most successful artists around the world, helping others that fail through the cracks or get ill with HIV/AIDS, Elton John has been a light for others to see you can rise again and live a better clean life.

Elton John has led the world with his AIDS Foundation he set up to fight HIV/AIDS and stood up for LGBT+ issues.