Will Smith slaps Chris Rock at the Oscars

Chris Rock got slapped by actor Will Smith who felt his wife Jada Pinkett had been insulted because of her medical condition: alopecia, which results in hair loss.

Everyone present thought that Will Smith and Chris Rock had rehearsed this bust up but it became clear very quickly when Will Smith cursed at Chris Rock not to mention his and his wife's name again.

Chris Rock has for some reason made jokes at black American male and female artists and actors in the past.

Six years prior Chris Rock told a joke about Jada Pinkett, which didn't go down too well and it is being reported that the latest joke refers Jada Pinkett to the G.I. Jane, the lead character Lt. Jordan O'Neil, played by Demi Moore, was bald because of the army role she played, where the practicality of having long hair could get caught whilst in battle. 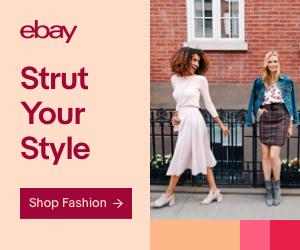 The saying there is no bad publicity, certainly has the world's population divided over whether giving someone a slap is the right thing to do when someone feels insulted or whether it is appropriate reaction for a partner to hit out defending their spouse.

Despite the altercation Will Smith won an Oscar for King Richard his portrayal of Richard Williams the father of American tennis star players Serena and Venus.

Will Smith gave an emotional speech in which he said that being famous you are at the mercy of those that are critical and want to harm you and that you have to accept it, which can be hard when it is those that you love and want to protect them.

Will Smith has apologised to Chris Rock for slapping him on the stage in front of the world's filmmakers and millions around the world who watched the Oscars ceremony live on television.

There are calls for Will Smith to be dethroned from his Oscar, which seems to be a harsh punishment.

The Academy Awards is investigating the whole situation, which is a huge embarrassment for them especially as it resulted in profanities from Will Smith towards Chris Rock in some countries including the United States it was beamed on live television so there was no chance of beeping out the profane language.

The Academy Awards is the most prestigious event in the film calendar, where the worlds creative actors, directors, producers and anyone else connected to filmmaking congregate in Los Angeles, America.

There has been over the past few years questioning whether the Academy Awards are choosing films that are relevant and reflect today's modern cosmopolitan society both in the United States and across the world.

Whoever presents next year's Academy Awards will have to present the script before hand and keep on point, no ad-libbing or improvisation to prevent another episode like this one between Will Smith and Chris Rock.

The saying for now is, “what happens in Hollywood, gets broadcast across the world for all to see!”